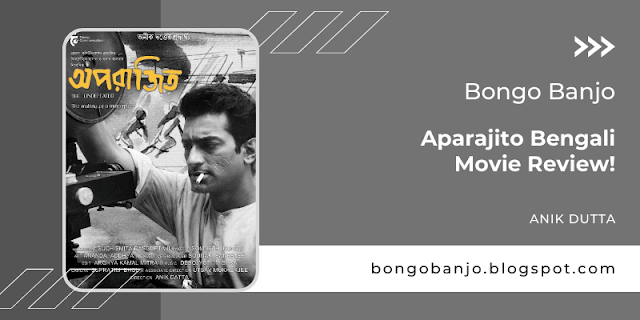 Are You Fan of Satyajit Ray, Then Our Topic Aparajito Bengali Movie Review is only for you? Jitu Kamal as Satyajit Ray, Anik Dutta's 'Aparajito' movie will be a historical document!

Satyajit Ray joined Santiniketan as an artist in an advertising agency. It was there that Dilip Gupta caught his eye. He was allowed to draw the illustration and cover of Bibhutibhushan Bandyopadhyay's eternal novel "Aam Aatir Vepu".

It was Satyajit Ray's first time reading any text in the background of rural Bengal. He and his friends had developed a deep love for cinema by that time. He formed the Calcutta Film Society and saw the Russian classic "Battleship Potemkin".

Satyajit Ray not only embellished the novel but also created a storyboard of his own. And while he was in London for 6 months, he started making his own eyes and ears by watching European movies from different countries.

After that, Satyajit Ray himself has given the details of how they have to be frustrated in raising money for the film. And how the established filmmakers despise their grammar-breaking films, in many of his writings.

The autobiography of his wife Vijaya Roy also deals with the family crisis. Director Anik Dutta's screenplay for "Aparajito" is based on some of the known stories along with some unknown stories. 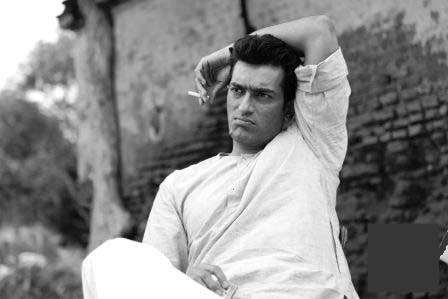 No, it will not be difficult for the viewer to understand that the fight to make a movie of the undefeated verdict is not really for "Pather Padabali", but for "Pather Panchali".

Aparajito Roy talks about the struggle and success of his first film in one of the recording rooms of Akashvani.

From time to time, various stories of the past have entered into this interview, and through the weaving of those stories, a document has been made about the events behind the creation of the eternal world classic.

With the utmost respect and sympathy, the director Anik Dutta has brought these events to the digital stage of today, as well as given enough dignity to the language of cinema.

Yas! Now come to the main character of "Aparajito" movie. Satyajit Ray has become a new face Jitu Kamal. Is he suited? He is the man of the drama, the first character in front of the camera.

Jitu Kamal has mastered his physical constitution, movement, manner of speaking, and some practical patterns. It was not difficult to accept him. The rest was a baritone voice! Chandrashis Roy has handled it a bit.

However, in Jitu Kamal's face, Satyajit Ray's personality, his small expressions are beautiful. It was not a problem to accept Satyajit Ray.

Apart from Anik Dutta, Firdausul Hasan also deserves thanks for his financial support in making this film. The two of them left to prove in this historical document of Bengali cinema.