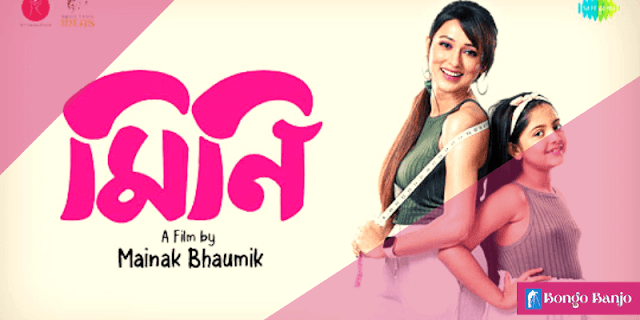 Are You a fan of actress Mimi Chakraborty? Then "Mini" Bengali Movie Review is helpful to You. In the story of aunt-niece friendship, Mimi's companion little Ayanya Chatterjee, how is the movie 'Mini'?

Director Mainak Bhaumik has done about a dozen movies from 'Amra' to 'Chini'. It may seem like a left-handed game to him now, but he needs to think hard enough about the subject matter of the film.

Otherwise, the film will never become a film. The same thing happened with the "Mini" film.

Dad remarried, and Mom was so devastated she tried unsuccessfully to commit suicide. Busy dress designer aunty takes care of the teenage Mini. This character is played by Mimi Chakraborty.

The story of the friendship of these two unequal age girls. Besides, she has to deal with Mimi's emotional turmoil with her boyfriend.

Mini, who has been abandoned by her parents, behaves like a talkative teenager for natural reasons.

She doesn't do homework at school, fights, and has arguments and quarrels with her aunt. But in the end, it is known that the perfect solution to all the problems! Even so. 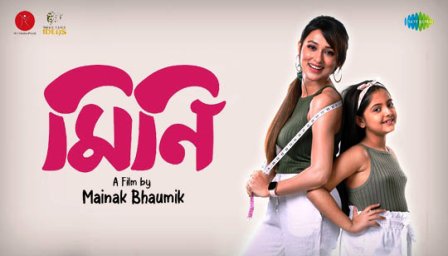 The teenage mind needed to feel more deeply. It is not necessary to just put some solid words in the mouth.

However, due to the normal and smooth acting of Mimi and her new face Ayanna Chatterjee, the bond between the two characters is somewhat believable.

The film could have been more enjoyable if it had given a little less space to Aunty's tumultuous love affair and given more importance to Aunty-Niece's naughtiness, misunderstanding and reunion.

What else to say about what did not happen! Mithu Chakraborty's performance in the role of grandmother is very comfortable.

It's hard to imagine an experienced director like Mainak Bhaumik getting caught up in the subject matter. He is the one who took at least 12 drone shots throughout the day and night in Kolkata city.

We don't think it was very useful. There are many more nuanced aspects of the current life, where there are also problems in life, now please take a look at that.