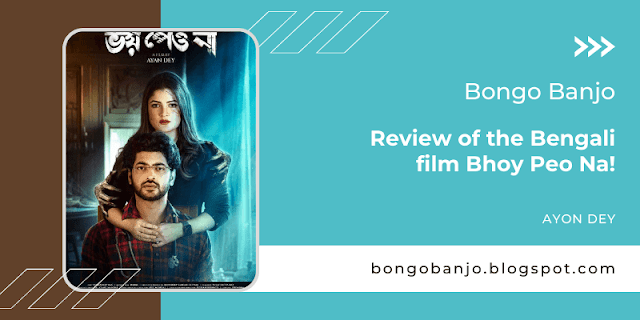 Today our topic is Bhoy Peo Na Bengali Movie Review. 'Bhoy Peo Na' is a successful name! The movie "Bhoy Peo Na" is not scary at all.

The daughter-in-law came home. The mother-in-law welcomed him and brought him inside the house. The colourful dream in the eyes of the new wife is to set foot in the new world.

But suddenly, two hairy black hands come forward in that dream! If the shadow appears unexpectedly on the house's side porch!

Into which director Ayon Dey has poured the elements of a horror film. This film is a psychological family drama, to put it in the genre.

Director Ayon Dey has shown novelty in choosing the subject. for which he must be applauded. However, he went to great lengths to properly present the subject. 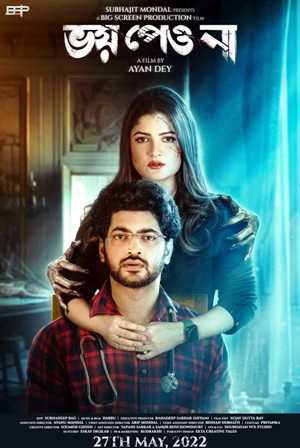 As a result, the film got off to a great start but lost interest in the film by the second half.

Let's touch on the story without revealing the mystery of the film. Akash (Om) is married to Ananya (Srabanti Chatterjee).

Ananya sets foot in the new world. But from the first day, she noticed that there was a disturbance in her father-in-law's house.

Even Ananya gradually realises that her mother-in-law's behaviour is not normal. Suddenly, various ghostly incidents happen with Ananya.

Is there a ghost, or any other mystery? This is the story that goes on in this film. However, in the first half of the mystery film, the film becomes very predictable.

On the contrary, in many scenes, Srabanti Chatterjee's supernatural performance weakens the scenes.

As much as you get the chance, Om deserves it. On the other hand, Vivek Trivedi is quite good in the short range. It would be nice to see the item merchant dancing.

The songs are also pretty good. However, if the screenplay had been a little stronger, then maybe this film could have kept the interest of the audience even a little bit.