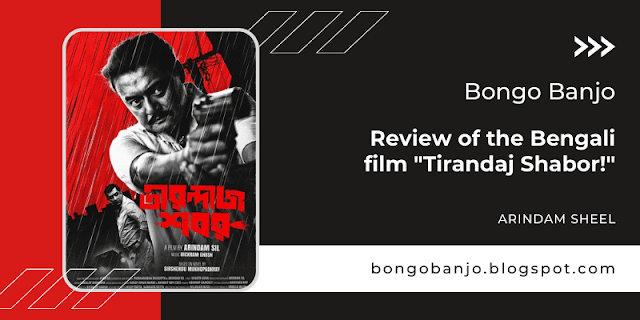 Sharadindu Bandyopadhyay's Satyanweshi Byomkesh not only seeks out the edge of murder or mystery but also seeks the truth, sometimes even releasing the murderer from punishment. Again, the brain weapon of Feluda's tool in search of mystery.

But only one of the two cocktails. It doesn't take long to wield a hand and a revolver to suppress evil, as the corpse uses the brain.

It is said that at the request of director Arindam Sheel, Shirshendu Mukherjee is creating a story about this Shabor character and him.

In other words, the story of a good corpse is told according to the wishes of the director. As the detective story of Shabor has become a series of hits, this time the fourth story is called Tirandaj Shabor.

The viewers will also understand that the shadow of multiple stories by Sharadindu Bandyopadhyay has fallen on this story. There is love, adultery, and body needs. There is a young taxi driver.

On a rainy night, he started his journey from Sinthi with three passengers on his way to Baliganj.

When the two passengers got off the road, he took the unconscious passenger and drove straight to the police station. Police discovered the passenger was dead. 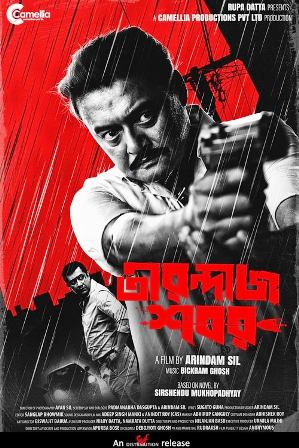 The arrival of Shabor Dasgupta is in the interest of investigating this death. Call the police officer without caring. Of course, he is not alone, with his partner, Valaram Nanda.

The body of the businessman who was killed in the car alone, his business problems, his business dealings with his lover, again with the help of the super killer if necessary, everything is done at a very fast pace.

Padmanabha and Arindam have arranged the screenplay in such a way as to turn the heads of the audience. And the pair of Shabor and Nanda (Subhrajit Dutta) is very good in it.

The balance between acting and compromise is beautiful. Director Arindam Sheel has focused on business. Composer Vikram Ghosh has shown the same skill in the composition of the atmosphere. The two songs do not have that passion.

Ayon Sheel's camera work is eye-catching, but the use of drones unnecessarily has now reached the level of style. Saswata Chatterjee in the lead role is as steadfast as ever. Subhrajit Dutta is the same.

The screenplay provided little opportunity for Debjani Chatterjee and Deblina Kumar. Arindam Sheel did not do evil by pretending to be a villain.

Ramyani Mondal has caught the eye with very few opportunities. Besides, veteran actor Chandan Sen is also impeccable. Nigel Akkara is quite normal as a driver.