Are You Love to Watch Web Series? Then Our Topic Raktapalash Bengali Web Series Review Is Only for You. Silajit Majumder caught the eye with great acting, how is director Kamaleshwar Mukherjee's new web series 'Raktapalash'?

When the name of the director of the series was Kamleshwar Mukherjee, and the name of the web series was "Raktapalash", there was an expectation that he would raise a finger in a positive direction by going beyond the terror that had been created in the name of Maoist movement across parts of the state.

Kamaleshwar Mukherjee was expected to shed light on the positive aspects of the activities of the poor and those struggling with all their might, leaving the comforts of the city and those waiting for the people of the land.

However, this eight-episode web series "Raktapalash" failed to meet that expectation. But yes, it is interesting to note that about eight or nine men and women arrived at a resort in the jungles of Jhargram in one night and displayed their love, affection, love and unequal love. 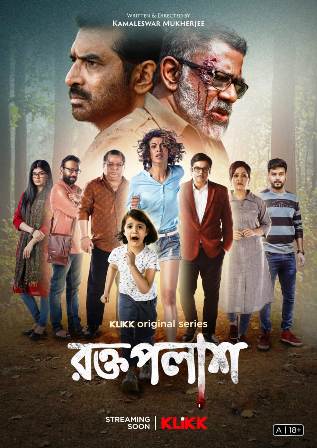 It is worth mentioning that the sudden appearance of the resort owner (Silajit Majumder) in one episode of the series changed the atmosphere. Occasionally, however, the screenplay of Voice reported that police torture continued for the Gyaneshwari Express accident, military operations were underway, and counter-attacks by the Maoists were also underway.

Dibakar Master (Kamaleshwar Mukherjee ), one of the main leaders of the Maoist party, is now in the custody of the police! The second leader of the party appeared in the disguise of the resort owner to rescue him. But the most real place in the story is the game he does to unmask everyone at the resort.

However, the screenplay became a bit weak as soon as it was explained. The dichotomy between the various characters in the film, the work of bringing out the real look by falling behind the mask, and the environment of today's most complex politics, he has shown quite clearly.

Nevertheless, Kamaleshwar Mukherjee was expected to give a clearer political direction. Real shows, but at the end of the series, everything seems to go awry. Silajit Majumder's beautiful natural acting is eye-catching. Others have played the same rhythm with him.

Read More: Mamata Banerjee is Coming Back to Kolkata to Bid Adieu to KK!