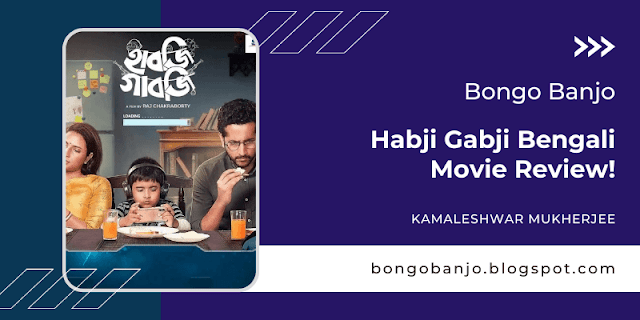 Modern technology has now brought the distant world, the world of dreams, the world of imagination, and the world of the future into the hands of human beings. Smartphones and tabs are now toys for children and teenagers.

Forgetting the horizon, green field, open sky, green jungle, and blue sea, they are now holding technology in their hands and driving away from the people close to them.

The various mechanical games hidden in mobile games are now as soon as the newspaper opens, the teenage student enters the classroom with a gun and kills his friends and teacher or his parents. giving birth to a mechanical game in the brain cells of children.

The film 'Habji Gabji' based on the screenplay of Padmanabha Dasgupta is based on these real events. Director Raj Chakraborty has also incorporated a kind of satire into the management style. The name is true, and very appropriate.

The mobile game is called 'Habji Gabji' which will sound like the popular mobile game Pubji. Raj Chakraborty has given an example of how tragic the consequences of playing 'Habji Gabji' in the illusory world are in reality. The story selection is timely. 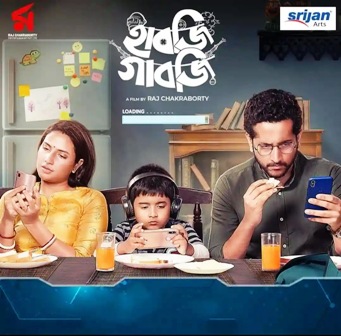 Adi (Parambrata Chatterjee) and Ahana (Subhashree Ganguly), their only son Tipu (Samantakadyuti Mitra). Tipu is a real addict to computer games due to the slightest question from his parents. I don't have a mind to study.

He was like a disobedient, stubborn, very angry young man. On the advice of a doctor, in a remote mountain village where there is no internet, mobile does not work.

He goes on holiday with his parents. Hopefully, this will change Tipu. But the opposite happens. Tipu's play world of dreams and thoughts merges with reality. Mother, father, Ahana and Adi were involved in the murder case of the two.

But what is the truth? Who killed the two employees of the hotel! The last episode of the film is a bit of a thriller. To the general public, the murder will be a mystery.

Director Raj Chakraborty wants to keep that secret alive. The movie 'Habji Gabji' is very much needed at this moment, leaving the path of business formula.

Subhashree Ganguly and Parambrata Chatterjee are good at acting. Samantakadyuti Mitra in the role of the best Tipu. Indradeep's atmosphere, not the song, creates the situation.