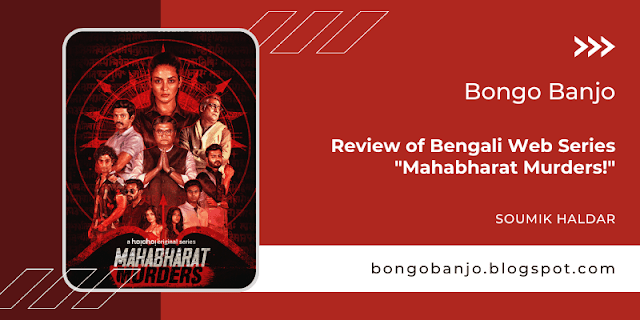 Do you enjoy watching the Bengali web series? Then this is the topic for you: Mahabharat Murders Bengali Web Series Review.

The battle of life continues. Every moment is like Mahabharat. The mystery of the past complicates the present.

The first few episodes of the ‘Mahabharat Murders' web series aired on May 13th. Then a few episodes were released on May 20 and 26. The last episode was released last Friday, i.e., June 3rd.

The novel has a different mood. Director Soumik has maintained that mood in the series. The Mahabharat affects every moment of the story. 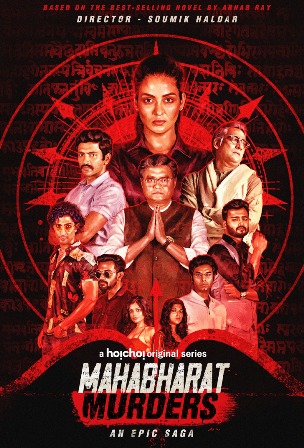 The mystery begins with the murder of Devika. Along with the corpse, a picture of Draupadi's character and a poster campaigning for the vote of politician Pabitra Chattopadhyay were found.

Ruksana and Siddhartha started investigating the murder. The story gets more complicated with each episode.

Prakash (Rajdeep), Bipul (Arna), and Vicky (Rishav) are all killed off one by one. Duryodhana appears to be exacting vengeance on the Pandavas in the Kali Yug.

The Saswata Chatterjee posters are available at every murder scene. Why this brutal murder?

Ruksana and Siddhartha are desperate to find the answer to this question. The two are involved in the investigation. The story has become more complicated over time.

Saswata Chatterjee has played his role as a politician. Priyanka Sarkar has been spotted in several places as a police officer. In particular, the scene on the bike, after which she and Arjun Chakrabarty get into an accident, is quite beautiful.

Although the main characters of the web series perform well, the side characters seem to have mostly memorised the dialogue. However, the scenes with Saswata Chatterjee and Kaushik Sen are outstanding.

Soumik has woven the web of mystery well. But in the end, it seemed that the dialogue between Pabitra and Ruksana could not have been so much. Of course, if you love mystery, you can watch this series once.