Srijato's Manabjomin film, Paran Bandopadhyay's outstanding performance! Srijato may have said a few days ago, "I am not an intellectual, but a writer." 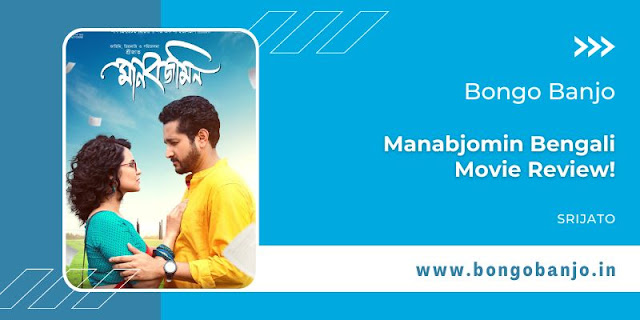 This time he explained that Srijato, who is a writer, can become a filmmaker if he wants to. Manabjomin, his first offering, is not only deep in speech and lifelike thoughts but also very careful to decorate cinematic language with poetry and literary ornaments; it is quite neat, soft, pleasant, attractive, and above all, not a "book."

Manabjomin is actually the name of a voluntary organization. Bank worker Sanket (Parambrata Chattopadhyay) and his lover Kuhu (Priyanka Sarkar) want to build a school for orphaned poor children. He wants to get the land as a government grant.

We require funds to construct a school building. Both of them were disappointed when they missed out on getting it almost suddenly. A ray of hope is seen in Baren Babu (Paran Bandopadhyay).

He is very profitable in business! Standing in this house, he thinks about the future and makes plans all the time. Again, he is a blind devotee of Bengali cinema actor Chhabi Biswas.

His picture was on the walls of the house instead of God's picture. Street dogs deliver food to cats so they can find a place in heaven. But not agreeing to financial aid for the school of "Manabjomin." 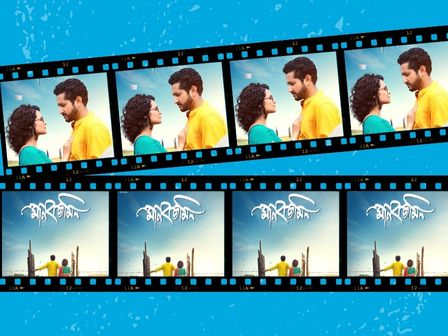 Now how to collect seventy-five lakh rupees from Baren Babu for the construction of a house—that's what Srijato has presented to the audience with the use of laughter, fun, mystery, and drama, thinking of the audience's benefit!

Srijato's screenplay is not only full of laughs, but it is also full of cinematic language in songs, poems, and aesthetic creations. He has his own poetry; Sankha Ghosh's poetry has also been used beautifully in the last part of the film.

There is also humor and sarcasm—a hint of sarcasm—in the dialogue. But this film is not just a comedy, so Rabindranath Tagore's poetry comes back.

Without denying commercial film, "Manabjomin" is a film that balances art and commerce.The episode of Baren Babu's change of mind after his heart attack makes that position clear. The song sung by Rupankar Bagchi is a beautiful dream! These are the beauties of this film!

Yes, the acting must be mentioned! Especially Paran Bandopadhyay, Kharaj Mukherjee, Parambrata Chattopadhyay, and Priyanka Sarkar, everyone left no stone unturned to win the hearts of the audience.

Only a slight regret—the use of unnecessary background music in various scenes should have been looked into.