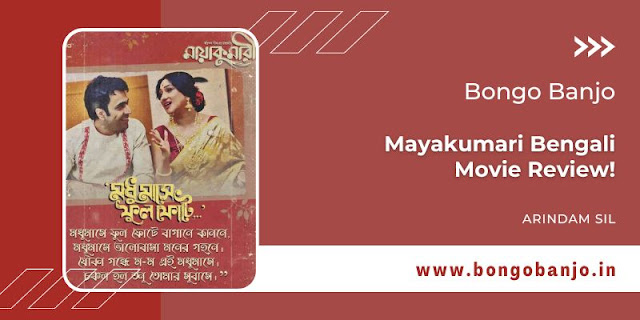 Director Arindam Sil has mastered the grammar and idioms of cinema and the art of weaving them neatly into the body of a commercial film.

In his new film, Mayakumari, he breaks the language of cinema, erasing the boundaries between past and present in an enjoyable, dramatic, yet a funny example of cinema.

There is another film inside the film: the technical conflict between the old days and today's films, and beyond that, bringing the two pasts together to make one!

Subhendu Dasmunshi has written a beautiful mystery screenplay about the love of the old on- and off-screen duo Kanankumar and Mayakumari and the present-day relationship between Kanankumar's grandson Ahir and new actress Runi, the environment of the making of the film, and the sudden disappearance of Mayakumari. 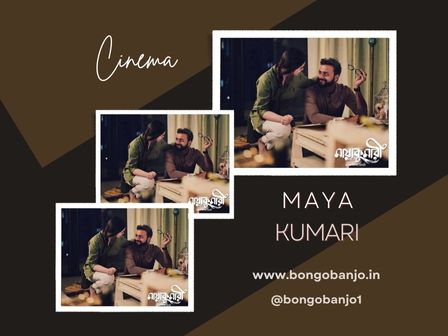 And Arindam Sil has shaped the equality, relationship, and conflict of Mayakumari and Runi's personalities into a balanced movie in that screenplay.

More than once, two people have mixed. He has to appreciate this variety of thinking. It's fascinating to see how two different people become one in front of the camera. Being careful with the time, he also looked at the use of lyrics and music in the film.

The beginning of the film, "Madhu Mashe Ful Fote Bagane Kanone," this song is beautiful. This is excellent use as a prelude to the entire film.

And in Bickram Ghosh's melodious movement, the singers' singing evokes the mood of the forties and fifties. Kanan Devi, aka Suchitra Sen, is repeatedly mentioned in the screenplay, as is Pramthesh Barua, who refers to Kanankumar as "Kumar Saheb." Arindam Sil allowed me to drown in the nostalgia for Bengali cinema. 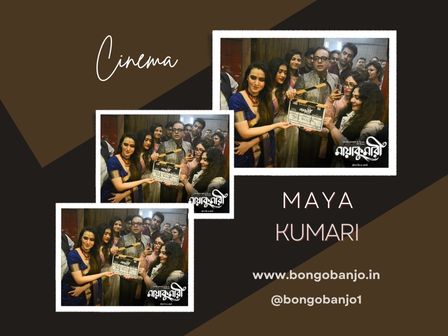 The overall performance of Rituparna Sengupta, Abir Chatterjee, Saranya Kar, Indrasish Roy, and Falaque Rashid Roy was better. Everyone is careful to act, keeping their time and environment in mind.

Abir Chatterjee, Arunima Ghosh, and Rituparna Sengupta were understandably uncomfortable with the prosthetic makeup, but it comes down to the excellence of the acting.

Another name among the artists is Rajatava Dutta, who happens to be an old-time lyricist and Mayakumari's husband, Sital. His performance is different.

Arindam Sil said this film is his tribute to the centenary of Bengali cinema! Surely Mayakumari's humble offering!