Ever since I got the Shikarpur Bengali Web Series release, I have been wondering when I would finish the entire nine episodes. I have just completed the meeting that lasted all day today. 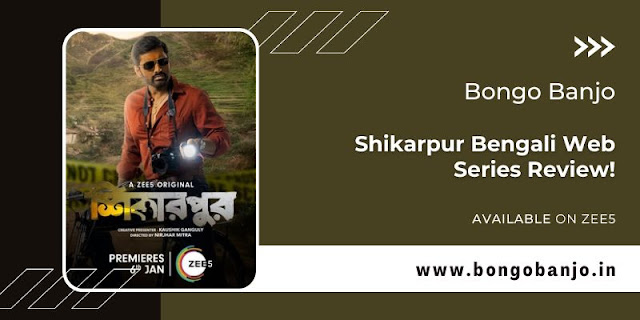 Because this is Ankush Hazra's first detective web series on Zee5. (Previously, he was probably in a funny series called "Case Jaundice" in Hoichoi.)

Now let's get to the point. From the first episode of the Shikarpur Bengali Web Series, there was tense tension about what was going to happen next and who would be the main culprit in the end!

But at least I didn't realise that such a twist would come out in the last episode until Episode 8.

And there will be no talk about actor Kaushik Ganguly's impeccable performance as always. So, if you want to see the entertainment of this episode, you have to watch Shikarpur Bengali Web Series (a total of 9 episodes, some 23 minutes, some 30 minutes, and some 45 minutes in duration).

Ankush Hazra's first Bengali web series. There he is again, a detective. So all in all, it is natural to be curious about "Shikarpur," directed by Nirjhar Mitra, which was released on OTT. Bongo Banjo has a golden opportunity to watch the series before its release on Friday. So it's not too late. 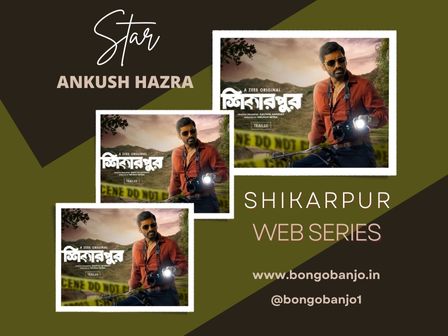 Shikarpur is a small town in North Bengal's hills. It was quite Suddenly, one day, a mountain of fear descends on the lives of calm people.

One by one, people become "victims." The names of the deceased are Ghosh once more. Locals believe, "This is the work of ghosts!" Ghosts or people?

What does it have to do with the curse of Debi Chaudhurani? The young detective Kesto (Ankush Hazra) enters the field to find answers to questions. 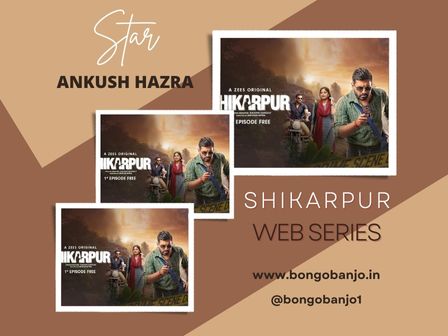 Let's start with Ankush Hazra. He has long been trying to find himself in a new way after leaving the comic character. This is a web series. Kesto runs a small studio. Deendayal's house is rented. And in love with his daughter Chumki (Sandipta Sen).

Ankush Hazra is well suited to the role of Kesto, who dreams of becoming a big detective. checkered shirt, sling bag, black sunglasses, and bicycle.

The comedy belongs to Ankush Hazra. As a result, he had no difficulty developing the character.

Debashis Mondal as Biman, the younger police station boy, or Sion Ghosh as the magician are good. Sandipta Sen is appropriate. Korak Samanto had his own mental space. He plays Kesto's assistant, Boltu. It's not the end; it's still there. 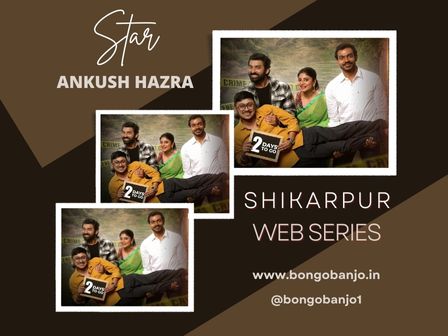 If the master's death is on the last night, then the "master" of this series must be Kaushik Ganguly. He is also the creative presenter of Shikarpur Bengali Web Series.

There is nothing new to say about his performance. His performance on screen is so, the others seem very small in comparison. He was surprised, as expected. The rest, in small roles, have given the screenplay a worthy accompaniment.

Finally, I can't say enough about Ankush Hazra's efforts to break out of the hero's role and present himself as an actor in his recent projects.

I hope to see him on better projects. I will try to see all his projects from then on. And request that Zee5 have good luck with Kesto again next season.