Only murder mysteries, nothing else! Rahasyamay, a Bengali film, failed to win the hearts of the audience, even with good acting!

Many people in Tollywood say that the lost golden age of Bengali cinema is back! I don't know why or what they see. 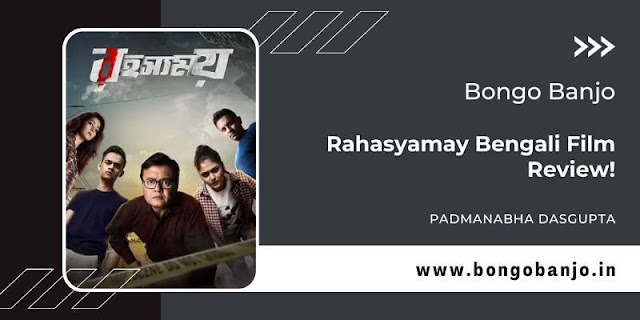 I see no reason to be so excited after seeing the first two films of the new year! Specifically, Rahasyamay.

Instead of pressing the computer key to write the screenplay for the killer, it is more important to hire a detective from Lal Bazar to find the cause of the misery of Bengali cinema.

Bengali films are filled with detectives, one after another. The new addition to that list is Padmanabha Dasgupta's Anish Roy (Saswata Chatterjee)!

He is not alone, Debraj Mukherjee has become an eternal partner like Ajit or Topse!

The screenwriter has cooked up the activities of these two very carefully. At the very beginning of the film, there is a rap-style song. 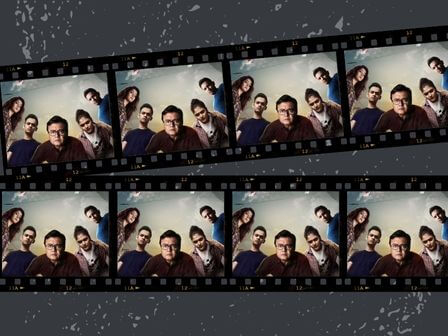 It is known that Abhimanyu and Tithi and Aditya and Isha are partners there. Live together! After some mutual accusations, they enter each other's flat.

And in the morning, it was known that Abhimanyu (Anindya Chatterjee) had been killed and Tithi was injured.

But their house was closed from the inside. So, detective Anish Roy and his team spent almost an hour and forty minutes trying to find out who and how they killed Abhimanyu!

The audience was tired of seeing patch after patch and gasped as if he had lived after one hundred and ten minutes!

In this film, detective Anish Roy is neat in his shirt, pants, and hairstyle day and night, even in the middle of the night. Not even casual.

What a desperate formality to wish a father on his birthday! Anyway, the scriptwriter had to take the help of the voice-over to solve the mystery, not the visuals! I did not expect it from Padmanabha Dasgupta! 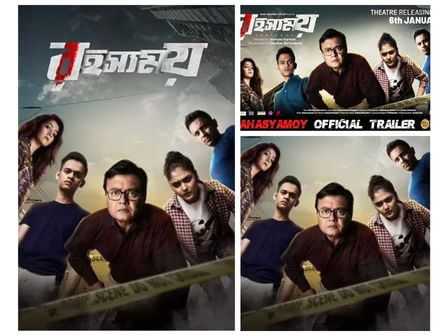 Moreover, the long mastery of human character analysis is unbearable! But yes, the film creates interest and curiosity in the audience only because of the fast-paced editing (Sujoy Datta Roy) and cinematography by Subhadeep Naskar.

The talented and collective performance of the artists also keeps the audience seated! Saswata Chatterjee is the first name in acting.

The actors of Amrita Chattopadhyay, Saayoni Ghosh, and Aditya's characters are also very fluent and help to maintain the suspense of the story if needed!

But finally, one thing: by making these whodunit films, the tradition of Bengali cinema is going on in the dark. Can the destruction be prevented?