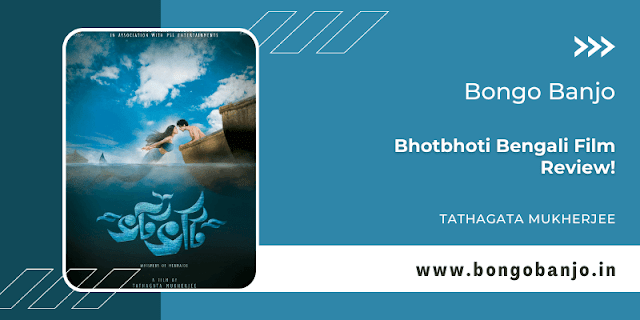 Is Bhotbhoti lost in the sands of imagination and reality? Read the Full Review of the Bengali Film Bhotbhoti.

Many have graduated from acting to directing in the past. It is not unusual. However, small screen star Tathagata Mukherjee's big screen debut in Bhotbhoti is an adventure and the risk of experimenting with cinematic grammar.

From the very beginning of the film, reality, fantasy, surrealism, and magical reality combine everything to make the viewer face an amazing experience.

A typical young boatman from a Bhotbhoti settlement in Gangapar, Kolkata, dives into the Ganges and meets a waterfowl called 'Ariel'. It was his dream or fantasy!

Before realising the matter, a group of young people came calling for an armed revolution in a village. Among them, a young woman came as 'Ariel' and fell to Bhotbhoti. He also believes that the rustic girl is the mermaid of his dreams. 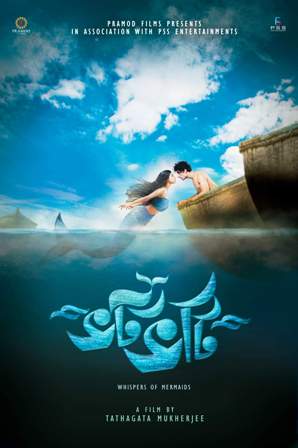 Meanwhile, the revolutionary party entered the city. Anirban Chakraborty is playing such a strange character, whose job is to wrap something heavy in cloth like a handkerchief and kill someone from the enemy side with one blow. He does not have a single dialogue.

Is he a revolutionary party? Or just a murderer? not clear!

Much else is unclear in this three-and-a-quarter-hour film. Bhotbhoti and Jalpari have not left the city, mountains, rivers, and forests, but why? The answer is a complex puzzle.

But throughout the film, the director has kept incredibly beautiful visuals on the camera. The editing work has given the audience a lot of thought. But it is a problem to catch that thought in any sector.

In the last episode of the film, a couple, Dipankar De and Mamata Shankar used the police to save Bhotbhoti and Ariel.

Why? Here is a hint of the Naxal movement, but the director himself has understood how much it has to do with the whole film. 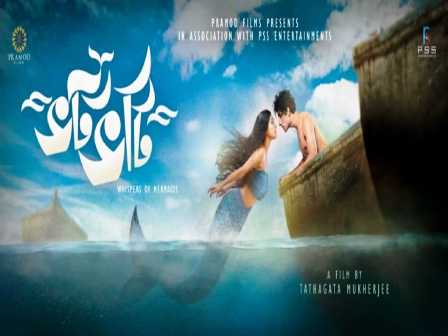 Making a movie about reality, surrealism, and magic is not an easy task. Yes, Tathagata Mukherjee must have been great.

Some great shots, nice to watch, but not a beautiful movie with so many beautiful things. due to the experience of not working with movie grammar.

But this film showed Tathagata Mukherjee trying to be an exceptional director. And the big gain from this film is Bibriti Chatterjee. Rishav Basu has done a bit more drama. Debleena Dutta has shown a bit more power.

Having some beautiful flowers of various colours on hand does not necessarily make a beautiful garland.

A person with an artistic mind and considerable aesthetic sense and intelligence is needed to weave the garland beautifully. That is what is missing in this film.