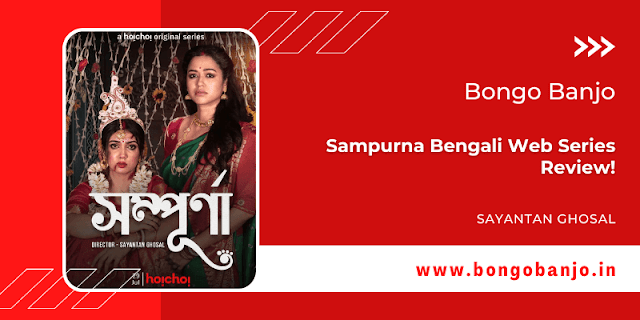 Sohini Sarkar and Laboni Sarkar's performances are the best! How beautiful is the new Bengali web series 'Sampurna'?

A family crisis. And the mystery. These three elements are director Sayantan Ghosal's favourite subjects. That's why Sayantan Ghosal made a web series on the OTT platform on similar topics.

The 'Indu' web series was released a few days ago. And now the "Sampurna" web series. The pattern of both web series is almost the same.

The only difference is that in the 'Sampurna' web series, Sayantan Ghosal raised social issues like marital rape.

There is no innovation in the story of the 'Sampurna' web series. Even telling the story, Sayantan Ghosal did not break the pattern that way.

So, after the first two episodes, it becomes clear in which direction the story of the "Sampruna" web series is going. So this whole web series is very predictable.

Sayantan Ghosal has divided the story of "Sampurna" into six episodes. The director has spent the first two episodes capturing the background. 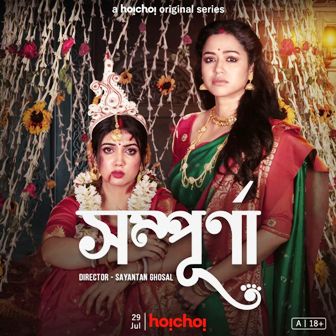 The real story starts with number three. From that point of view, the ''Sampurna'' web series cannot give any new surprises.

Instead, most of it was seen in the trailer. So there was no such thing as suspense in the ''Sampurna'' Bengali web series.

Simply put, you can watch this web series just for the acting. Because, in the "Sampurna" Bengali web series, Sohini Sarkar has given one hundred per cent of herself. She is amazing in every frame and every shot.

Sohini Sarkar and Laboni Sarkar's performances are the best achievements of this web series. But if the screenplay was a little tighter, the Bengali web series "Sampurna" would have been fantastic.