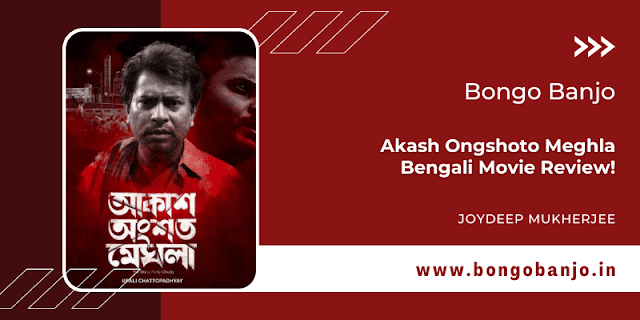 The problems around the country are endless. The biggest problem is job loss, not finding a new job! But now the world market is open in front of us. As a result of globalization, the whole world is now open to everyone. Is it true?

No new industries are coming to West Bengal. Old factories are closing down one by one. Lower-class people are becoming homeless every day. Of course, this phenomenon is not new today; it has been happening for many years.

No, young director Joydeep Mukherjee has not expressed any despair about this situation in his first and new film, Akash Ongshoto Meghla. Joydeep Mukherjee brings the actual picture in front of the audience, which is not seen in almost any director's film today.

Everyone is busy turning their eyes away from reality in the hope of sure business and covering their black faces behind detective stories, family stories, and funny adventure stories. If you deny reality, then reality no longer exists.

Director Joydeep Mukherjee writes a story out of that same old monotonous reality to create a beautifully chubby, undramatic film where the viewer sees the dark form of another city beneath the urban glitter. Some may think. 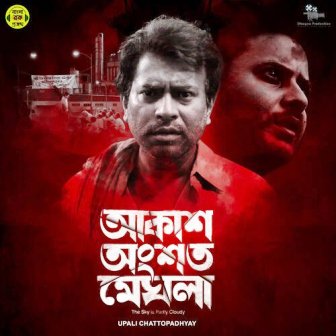 The Director has kept the logistics of thought. He also hinted that some bankrupt politicians and leaders are responsible for such a pathetic situation.

The film's two heroes—a young Rasu (Rudranil Ghosh), who has lost his job at a factory due to the lockdown, is making ends meet by running a shop with the help of a middle-class leader (Kaushik Kar). But he came with his wife (Ankita Chakraborty) from the village to the city with a lot of dreams.

The second hero is an educated unemployed youth (Rahul Banerjee), whose father is elderly. Daminee Benny Basu, an unmarried sister, lives at home with her younger sister. The family survived on his tuition. He has a lover (Basabdatta Chatterjee), and their situation is similar in the face of eviction from the home.

Joydeep Mukherjee has created a very smooth link between three stories, where life and reality run in one line, without losing the balance anywhere.

Breaking the narrative isn't complicated either. Past and present are juxtaposed in such a way that the continuity of social conditions is clearly understood.

Joydeep Mukherjee informed and explained that even if the country's sky is partially covered with clouds, there is sunshine behind those clouds. The last song in the film echoes that conviction.

The cinematography of this film and its use of atmosphere is of very ordinary quality. does not brighten the subject, but rather paints a grey, gloomy tone.