Hello, friends! Today we will review the web series Hostel Days. Hostel Days is a new web series from the Hoichoi app or OTT platform. There were cooking utensils, but as they were taken down quickly, they were all rotten. 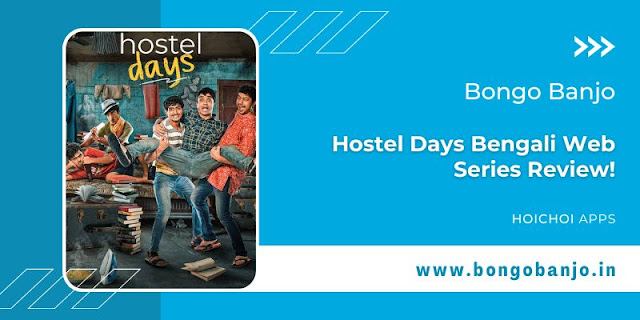 Well, do you remember any special food or event in your college hostel life that takes you back a few years in a flash? So this is the web series Hostel Days.

Popular food v logger OG (Anindya) goes back to his college life after having a special meal at a hotel. He remembers his college hostel life in 2010.

Where he lived with his roommates. Among them is a boy named Parikshit (Arpan), whose house condition is poor, and they open a restaurant in a car with the help of a local grandfather (Kanchan), but after an incident their friendship is torn apart.

Will the friendship of Anindya, Parikshit, and Kapil (Rohan) patch up again? To know this, you have to watch the newly released web series Hostel Days on Hoichoi.

We have seen many movies or series about hostel life before, including Three Idiots, Chichore, TVF's Pitchers, Aspirants, etc.

Could this web series be different from his? Answer, no. The basics of the story are not clear. There was a reason behind Three Idiots' going to find Rancho, which boosted the story of that movie.

The director could not explain why OG and Kapil are going to look for Parikshit. It's 2022; now just swearing doesn't make comedy, and the directors didn't understand that either.

The period of the story is 2010–2011; I didn't think that after watching this web series. Just looking at a keypad phone doesn't bring back the old days. 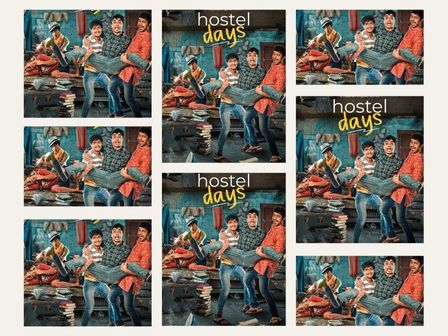 For that, timeliness in dressing has to be shown. Most importantly, nothing can be opened as easily as Cloud Kitchen in this web series.

When they finally meet, it's the biggest mistake of all. If I meet a friend tomorrow after 10 years, it will take me about half an hour to break my inertia; that too is missing here.

Here in hostel life, 5–6 friends are shown, but at the end of the story, it comes down to the main three. The rest will not be seen later.

Now if we come to the acting, in my opinion, Parikshit or Arpan Ghoshal gave the best performance. OG or Anindya is pretty good, yes, but better than X=Prem.

Rohan seems to be yet to come out of Gobindo in the Star Jalsa serial "Bhojo Gobindo," which he did a few years ago.

Among the rest, the Italian-speaking boy is boring, and the Bengali boy is gross. Kanchan Mullick's character was not built up that way, but he tried.

Many people may say that such a web series cannot be understood if you don't live the hostel life. The names of the movies or web series I mentioned at the beginning will also enter the head if they enter the heart.

Anyway, overall, in my opinion, the Hostel Days web series is not that great. If you want to watch comedy made only with abuse, you can watch it.